Are you running out of books ?

Well luckily I have a bunch of books for you!

1: Keeper of the Lost Cities 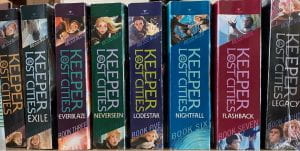 Keeper of the Lost Cities Is my favorite. It’s a 8 book fantasy novel series with a ninth book coming out in November 2022. This book takes place in the lost cities supposedly a peaceful world but darkness of the unknown bad guys lurking in the shadows, will they come out of hiding well. That’s the mystery  when 12 year old Sophie Foster, a telepath, is taken from her human family. What happens now that she’s all alone… 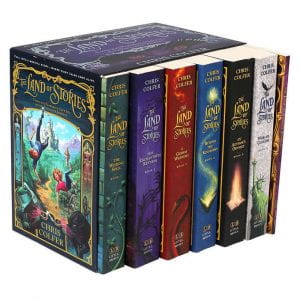 Land of Stories, a six book series with a three book side series. This book happens when the teenage twins Alex and Conner Bailey with only a mom and grandmother to supervise there tiny house/apartment when there grandmother gives a book titled the land of story’s for there birthday. They get suspicious when it starts to sing and glow could it possibly possess magic… 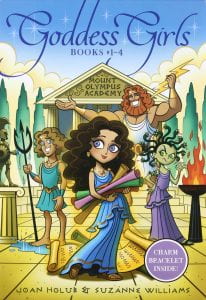 Goddess Girls a 30 book series an awesome mix between great myths and fantasy books this series has awesome characters like Medusa and there story of life these stories are totally separate for each book and the front cover is awesome so I suggest the series goddess girls. 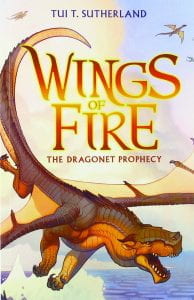 This book you might of heard of Wings of Fire is super good with the 15th book out it has a 15 book series with lots of side stories including winglets dragonslayer and darkstalker. This series is about a bunch of tribes of dragons (seven exactly) getting into war and when the dragonet prophecy is out in the dragon cities news of the 5 dragonets is out and and the brightest night is coming up what will happen …

Hi we have been working on the prologue after we finished the book and we will be doing the first few chapters again we hope you enjoy!

Beyond the dessert  (burn) 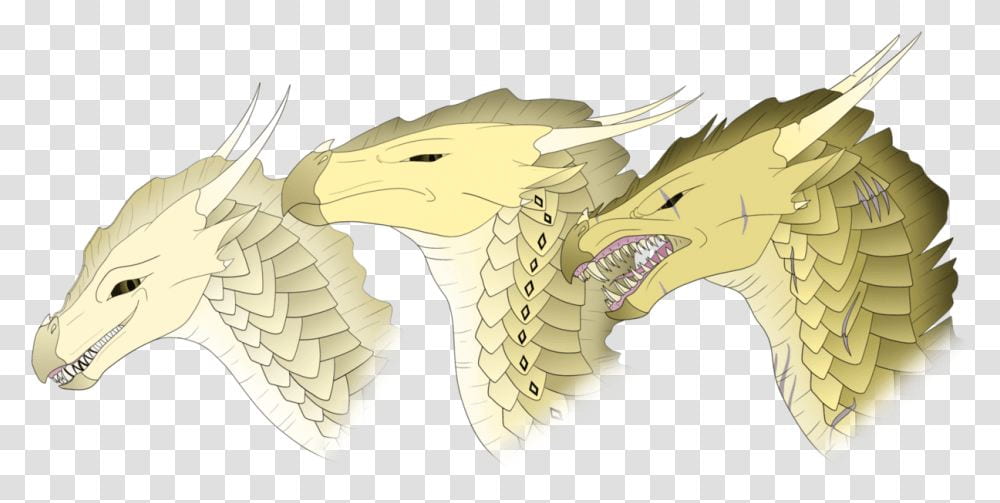 In the deepest depths of the sandwing kingdom, I lay sobbing until my eyes were puffy, red and swollen. My back was hunched over my black and yellow wasp pattern bed sitting in the middle of my room. It had been one day since the death of my mother Queen Oasis, 24 hours of depression, that rained heartbroken sadness over my yellow desert covered scales and talons. 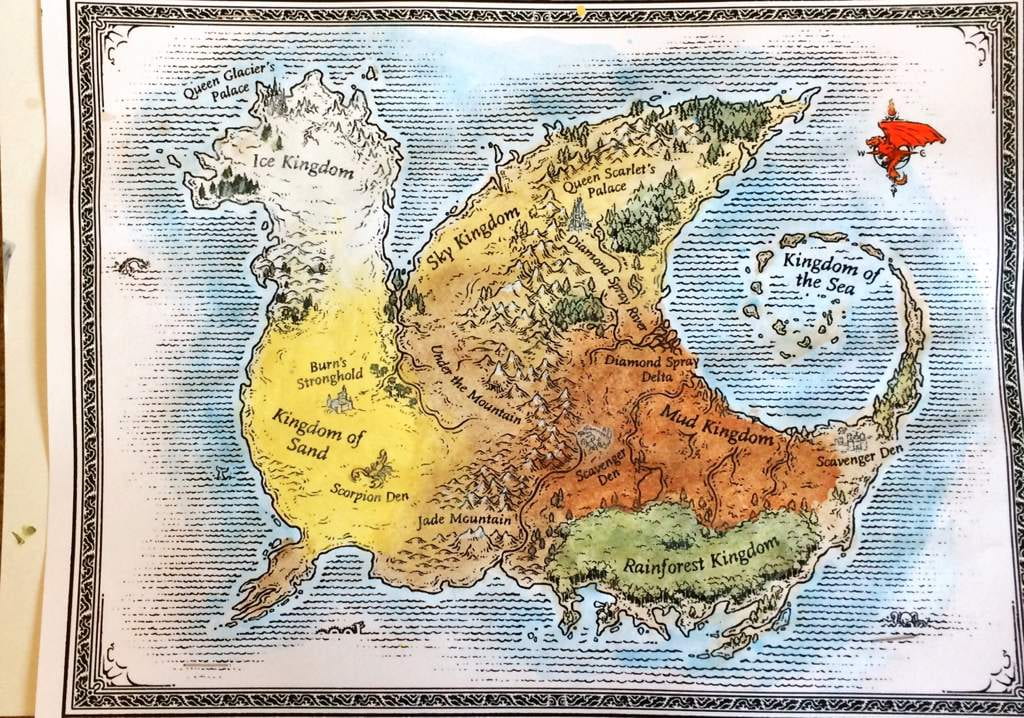 I remembered walking into the hospital room to find dragons giving her medicines but by their long faces I could tell she wasn’t going to make it out of the room alive. I remembered grabbing her talons, devastated,  thinking maybe my hope, my love and my longing maybe could shatter her with life, with love and the strength to live on in Pyrrhia. The doctors could tell I wanted alone time with my mom for as long as I could. They walked out slowly and I almost felt bad for them, their faces looked  hopeless and discouraged. Then my mother spoke, voice was scratched and scraped but still she repeated her last words. “The rays of the sun burning its brightest,  taking the mind of the girl who’s the nicest, of the three she will be chosen, she will fight she will have risen, her kindness and nice,  her willing and grief, will now be overpowered by the death of her queen, she is free, she isn’t the pawn, for she is the only darkness of dawn”. I stared at her. Was this a prophecy ? I was confused but then my mother said more. “Please Burn be safe”, her voice dieing her away with the wind, “don’t fight for queen, otherwise bad and th…” I could tell she had more to say but her voice cracked and she died right there in front of me, her mouth still open but her body was closed to life to me to Blister to Blaze to sand wings and to all of Pyrrhia.

Mom…Mom…MOM” I shouted “Mom?” Blaze asked from behind the door her body shaking. Blaze carefully and slowly walked up to the former queen of the sand wings. “Go away blaze” I said. “But…. what about my banana pancakes”? She wondered out loud fireworks of anger, rage and guilt went off inside me.“You’re worried about your banana pancakes at a time like this?”I screamed Blaze staggered as quickly as she could away before I could get near her, is there ever a time I would be happy again I wondered.

I need something happy to happen, like the sun to come out at the least but it was a very cloudy, foggy day, almost as if the weather matched everyone’s mood, gloomy and sad.

I put on my sad playlist and started listening to it, the first song was always thinking about you. “ I think about you all of the time, 24-7, 3-6-5.” I added my own verse and it went like this. “Every single day of a year, I want to hug you and have you here.” I sang it over and over again in a sad lonely voice.

Then I realized if no one was going to do a thing to make this day happy, I had to do it. I knew I was always that funny girl that was always nice like, the one in fairytales, but maybe my mother was the one that showered me with sunshine and with her gone, I was my true self. A moon filled with anger and grief.

Thinking of Queen Oasis reminded me of when I was a small dragonet and I would sit with her on the velvet throne and I would laugh at her jokes,  never imagining that this was the way I could be when I was older.

The throne!! It was now an open spot and I was one of the lucky girls that could take it. Two doubts came into my mind. The first was the pressure of being the daughter of the most important and adored queen of the sandwings. Would I be capable of the throne? Would the people like me as much as my mother?

I also thought about what my mother had said. It was like 3 friends, two fighting and one stuck in the middle, not sure where or who’s side to go on. I thought of the pros and cons about taking it and not taking it. Taking it won out and I thought about what my sisters would think of this. They were cunning and wouldn’t let me get that opportunity without a fight or worse a war! I needed the throne now more than ever.

Think like Blister I told myself. Then a blister-like idea came to me. Instead of waiting for my sisters to get killed, kill them! For the first time that day a tiny grin peeked out of my lips and a tiny sliver of hope peeped out in my mind. I congratulated myself on the brilliant idea and decided to go for Blaze first cause she would probably be the easiest to kill.

My talons scraped the sandstone floor as I raced to catch Blaze, thinking of the poem. “ Blaze” I shouted disappointed in myself for my voice wobbling with the depression of Queen Oasis “yes Burn?” Blaze asked turning around and to my surprise her eyes as red  as mine she came closer saying something about knowing of the poem but I wasn’t listening. My eyes were gleaming as I realized that she did all the hard work of my plan by even  talking to me even after I had almost  slapped her. Now I had to do the easy part: attack her and pounce. That was exactly what I did.

Hi I’ve been writing a book a about Wings of Fire. Me and my friend Mia.K have been working very hard on it, we call it Dawn of Darkness. It takes place before the first book which is the Dragonet Prophecy book 1.

We hope you enjoy this draft of Dawn of Darkness.What I will be showing you today is from burns perspective.

It had been one day since the queen of the Sandwings had died. But now it was my right to go and take the throne and become queen of the sandwings, but there were two obstacles in my way. My sister’s. It was about time I killed the 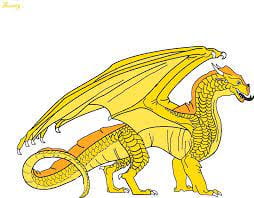 rivals for the throne Blister and Blaze. Let me start with Blaze I thought to myself. My talons scraped the sandstone floor as I raced out catch blaze. 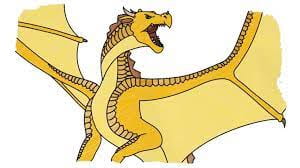 “Blaze” I shouted  “ my crystal earrings are so much prettier than yours” I sneered. “WOW” Blaze exclaimed  stopping to admire my golden earrings. She walked closer to me and then suddenly I pounced.